Reading Her Signs of Interest: How She’ll Open You Without You Even Knowing Although most women won’t approach a guy or escalate the interaction themselves, they will give off signals that they want to be approached.  Whether she likes the way a guy looks, interacts with others, or just digs his overall vibe she’ll out send signs of interest and hope he picks up on them.  These signs are usually very subtle, but once you know what to look for they become painfully clear.

Most men are generally pretty terrible at picking up the signs of interest women give off.  They drive a lot of guys crazy and they end up wishing women could just be more direct and up front.  But women are often hesitant to do so for a couple reasons.

First off, women have a lot of the same fears of approaching as guys do.  They don’t want to get rejected or come across as desperate.  As guys we have to learn to overcome that obstacle and approach anyway.  Women don’t necessarily have to.  After all it’s the guy’s job to get an interaction going and to express interest in a woman if he likes her.  That’s what women are used to and that’s how it’s been in our society for a long time.  Women get dressed up, look nice, and attract the men while men approach and move the interaction forward.  That’s the deal.  If you don’t make a move it’s only a matter of time before some other guy comes along and takes your place.

By not approaching anybody the girl is also able to weed out the guys she is not interested in.  Women want a guy with the confidence to approach her.  If a guy is willing to walk up to her and start a conversation, it can score him big points (so long as he’s not relying on booze to give him the courage).

Although women often won’t approach a guy directly, they will show their interest in other ways.  For instance if a girl is interested in you she’ll put herself closer to your vicinity to make the approach easier for you.  Maybe she’ll talk to the people right next to you or stand near you while watching the musicians on stage.  When you notice a girl happens to end up near you, especially if she ends up near you over and over throughout the night, don’t take it as a coincidence.  Assume it’s a sign of interest and that she wants to meet you.

Even if it is just a coincidence, it’s better for you to assume she’s interested.  At AoC we teach our clients to Always Assume Attraction.  Whether it’s true or not is irrelevant, what matters is that it’s useful.  Thinking that a girl is not interested in you doesn’t get you anywhere.  Assuming a girl is interested in you will give you more confidence to talk to her and get things moving.

A girl might also show she’s interested by breaking the ice in a very non-committal way.  She may ask a simple question or a quick favor.  There are plenty of instances in which the woman already knows where the bathroom is, but she’s asking because she wants to get a conversation started.  Opportunities like this sail past most guys because they have no clue what’s really going on.

If a girl opens you like this, it’s a perfect opportunity to get a little banter going.  Whatever she says you can take it as an excuse to play around and have a little fun with her.  If she asks where the bathroom is you can smile and respond with something like “oh come on, is that the best pickup line you’ve got?”  Act as if she’s picking you up, maybe give her some pointers or offer your services as her wingman.  If you’re able to be playful and have fun with it, she’ll be able to do the same.

Approaching becomes way easier when you see you’ve been invited to approach, so learn to read her signs of interest.  There’s also a lot you can do to make women interested in you before you even say anything. 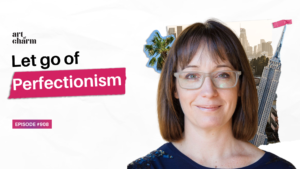