Female Psychology Of Love: What Makes A Woman Fall In Love With You

If you’ve ever been in love, then you know that it’s a remarkable process. The science behind it is even more fascinating. Knowing what makes love happen is an interesting study in neuroscience, biochemistry, and psychology. And while there’s much more going on here than science alone, understanding the underlying mechanics of love is incredibly interesting and useful for enhancing our social and romantic lives.

The Role of Chemicals in Love

Love isn’t just a bunch of chemicals, but brain chemistry plays an important role in why we feel the way we feel about other people. And when we feel good things, there’s usually a lot of dopamine involved. Dopamine is the chemical the brain releases when people — women or men — experience any kind of pleasure, including love. Dopamine also increases the amount of testosterone the body produces. The increased testosterone is why people sweat when they’re around someone they’re in love with, and why people have a higher sex drive when love is new. 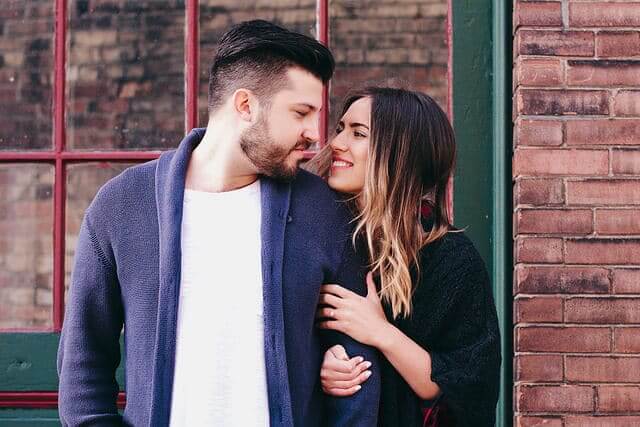 The above image is owned by: https://onlineforlove.com/

When women fall in love, their bodies also produces norepinephrine and phenylethylamine. These increase focus while creating a sense of euphoria. That’s why women often become focused on one man to the exclusion of other things when they’re falling in love. It’s why everyone, men, and women, feels extra alert waiting for a text message, or why people have trouble sleeping or even thinking about anyone else.

Last, but certainly not least, is oxytocin. Oxytocin is released at various points, including during cuddling and sex. Women produce way more of it than men. (Men don’t produce it during orgasm, instead of getting a rush of dopamine, which is why they were less likely to fall in love with someone just because we had sex.) Oxytocin breaks down emotional barriers, making people feel comfortable and getting them to “drop their guard.” Oxytocin is what creates that sense of attachment we feel to another person when we’re falling in love. When they’re not around, you’re not producing as much, and so you want more. That’s why we can sometimes feel “addicted” to the person we’re dating.

Dopamine, testosterone, oxytocin, norepinephrine, and phenylethylamine all work together to create a feedback loop of love. Sexual pleasure and romantic attachment release the same bundle of chemicals. These chemicals make you give greater attention to their source, while also pushing you to seek out more of the same chemicals. Love (and sex, for that matter) work on the brain much like a drug.

But even if you knew how to get all her chemicals flowing in the right way, that still wouldn’t be enough to “make” her fall in love with you. Because love isn’t just chemicals. It’s also a function of personal history and preferences.

A big reason why you can’t just use knowledge of brain chemistry to get a girl to fall in love is that not every woman responds to the same chemical mix in the same way. Psychologists call these “attachment styles,” and even if you release the precisely correct mixture of brain chemicals, her attachment style might veto any connection you’re making with her. Whereas the hard sciences (biology and chemistry) tell you that you can engage in certain actions, release certain chemicals and get certain effects, the soft sciences (psychology) say that something much more personal and nuanced is going on.

You’re probably aware of attachment styles, even if you didn’t know they were called that. For example, have you ever been really hitting it off with a girl gone on a couple of dates, but then she just disappears? Or have you ever had a casual fling that suddenly turns serious? Those are examples of two different attachment styles. The exact same actions (a couple of dates where the two of you hit it off) lead to two wildly different results (one runs and one clings).

Note that the two attachment styles in the middle — anxious and dismissive — can be elements of a secure person’s attachment style. For example, a girl can be secure but slightly more clingy than most, or she might value her independence while being able to form attachments and relationships with others. The fearful attachment style is far more explicitly toxic. Why would you want someone to fall in love with you who wonders if you’re tricking them or trying to take advantage of them? The first three can all fall in love with you, while the fourth will always keep you at arm’s length.

No matter how much a woman’s chemistry might be telling her to fall in love with you, her personality, expressed through her attachment style, might be too much to overcome. That is where psychology trumps chemicals.

Knowing about chemicals and attachment styles alone isn’t going to get a woman to fall in love with you. Knowing how love works, however, can increase the chances of finding the right woman for you and creating a meaningful bond in a way that’s healthy and satisfying for both of you.

The simple act of touching and cuddling can make the two of you feel closer. Knowing what your chemicals are telling you to do unconsciously can help your conscious, rational mind to accelerate or put on the brakes as needed. Understanding her attachment style can help you give her what she needs in a relationship, or decide to find someone else if your attachment styles don’t match.

The science of what makes girls fall in love isn’t a magic spell or a Jedi mind trick. It’s the simple act of paying attention to habits, behaviors, and preferences with an eye toward the role science plays in affairs of the heart. You can’t hack into her brain and make her fall in love with you, but you can use your knowledge of how the brain works to nurture and deepen attraction that’s already there. Given enough time and the right compatibility, that attraction can blossom into love — in all its strange, unique, exciting complexity.

How Long do Love Chemicals Last?

It depends on what you are referring to by love chemicals. There are many chemicals involved in building a romantic connection with someone. According to Helen Fisher, falling in love has three stages: lust, attraction and love. Lust is the beginning stage, led by testosterone in males and estrogen in females. It is based mostly on desire, but not on connection.

Attraction is when you become more obsessive about your partner and crave their proximity. That is driven by two chemicals – dopamine and norepinephrine.

Attachment is related to committing to your partner. It is when oxytocin replaces dopamine, creating the desire to bond with and take care of your partner.

Depending on what “Love Chemicals” are referring to, they could last less than a day (for lust) or a lifetime (for attachment). Our understanding of “Love Chemicals” helps us better navigate our romantic relationships.

Can you Change Attachment Styles?

Yes. Our upbringing and beliefs lead us to a certain attachment style by default. For example, people with a history of abuse have a higher tendency to have Fearful-Avoidant attachment styles. By building our self awareness, we can move from a less healthy attachment style onto a secure attachment style. People who are secure have higher emotional intelligence, positive views of relationships and discuss problems rather than attacking personalities. We can build up that attachment style by cultivating those traits.

Can you Have Multiple Attachment Styles?

Yes, most people have a combination of different attachment styles. For example, a partner could constantly want to spend time with you (anxious attachment style) but he or she could also discuss issues openly and draw healthy boundaries (secure attachment style). Most of the time, based on personal qualities and past experience, people are not in one category, but they belong somewhere along the spectrum.