8 Easy Ways to Have Better Conversations

Does the idea of boring small-talk with Uncle Bob or chatting with an attractive person make you tense?

If you’re like many people, conversation anticipation will put a few beads of sweat on your forehead.

But here’s the good news:

While conversation skills are just that–skills to be practiced–some can be implemented swiftly. As a social skills coach we know that these skills are not only learnable but a lot of fun when we make it easier on ourselves.

Let’s look at some easy-to-learn skills you can start using right after you finish reading this post.

Without further ado, here are 8 ways to have a better conversation:

Let’s start with the most apparent technique: you need to listen to the other person!

It’s very common to get caught up in our own heads while the other person is talking. We try to come up with a follow-up question, a witty remark, or a story of our own.

We do this because we’re so afraid of the awkward pause that happens when the person stops talking and we don’t know what to say next.

I get it. It feels weird.

But it comes at a price. We’re not really “there,” overthinking everything, and stressed out until we formulate a smart comment. Then, we make it even worse by interrupting the person to blurt out our brilliant reply.

Really listen to what the other person is saying and get out of your own head. When it’s your turn to speak, appreciate the short pause that happens because you need to think about what to say. It’s not awkward–it’s a compliment to the other person! This pause shows them you were listening.

2. Give longer answers than you usually would

Are you someone who answers every question with a minimum of words if you can get away with it?

It’s tough for even the best conversationalists to keep a conversation going when all you’re giving them are one-word answers!

Instead, do this: as a rule of thumb, aim for 2-sentence answers.

“My favorite movie is Star Wars. This movie has influenced my entire childhood, and to this day, I still want to be a Jedi!”

“I like hiking. It allows me to just switch off, enjoy the mountains, and get healthy exercise in as well!”

Here’s a Tip: answer the question and then add the “Why.”

That way, you’re not only sharing facts but you’re also allowing this person a deeper glimpse into your world.

Also, you’ll be surprised what you learn about yourself when you start answering questions this way!

What is it that you actually like about your favorite dish?

And what exactly is it that you like about your favorite song?

“This feels like an interview.” Have you ever heard this during a conversation? I certainly have.

The other person really was super interesting, and I wanted to hear more about her life. But it’s also no surprise she felt like she was being interrogated!

Instead, try this: every once in a while, reply with a statement, not a question.

I’ll show you an easy trick! We all know how to ask these yes/no questions (also known as the slow death of a conversation):

“Did that stress you out?”

Just change those questions into statements by making an educated guess:

“That stressed you out.”

That way you can avoid the interview vibe. Not that hard, right?

What’s fantastic is you’ll make the other person feel understood and they’ll get the impression that you two are connecting so well!

And don’t worry about making a wrong guess. The person will just correct you and move right along with the story.

4. Ask for their opinion on something

Don’t you love it when someone holds you in such high regard they want your opinion on something?

Oh yes, it’s the best. Like bacon wrapped in bacon.

Guess what? You can use an opinion question and the associated fuzzy feeling to your own advantage.

You don’t have to ask about anything life-changing, you can literally put “Can I get your opinion on…” in front of any question you were going to ask anyway!

“I want to try out a few restaurants in this area. Actually, can I get your opinion on that? What’s your favorite restaurant here?”

5. Use the other person’s name frequently

Hearing the sound of our own name is very comforting. It’s a pity we don’t hear it more often!

So let’s change that. Every couple of sentences, drop the other person’s name. At the start of a statement, at the end of a question–drop it like it’s hot!

The first time you do this? Right after they tell you their name!

Then a minute later: “So Josh, what do you think about…”

This is a two-in-one deal. Not only does it make the other person feel more comfortable, but it also makes it much easier for you to remember their name later, or the next time you meet again.

There is much to be said about the science behind eye contact. Which is the reason I wrote an entire article about just that: How to hold great eye contact. Check it out!

7. Let go of the outcome

Have you ever enjoyed a job interview? Or a sales call?

As in, really enjoyed it?

But what about the random conversation you had with a stranger last week–the one who was waiting in line in front of you? Why was that so enjoyable and memorable?

After all, it wasn’t about getting a sweet new job or making a big sale. It was just someone you knew you’d never ever see again.

Here’s a very complex formula for you:

When you’re entering a conversation with an intended outcome in mind, your brain will stay occupied with checking your progress, correcting course, and planning ahead. The more invested you are and the clearer the intention, the more your mind gets hijacked by its own quality control.

“Is this the right time to mention that …”

“Why’s he laughing? I didn’t mean for this to be funny! How do I get back on the script now?”

“Oh no, why is she not playing with her hair by now? Do I need to be more serious? Or more flirtatious?”

But if we enter into a conversation without any agenda, our brains don’t get bogged down by running all that analysis in the background (or let’s face it: in the foreground!).

Instead, we turn our full attention toward what we find interesting or enjoyable. And that automatically means the conversation has a better chance of being exciting and enjoyable for the other person as well.

8. Not everyone wants to talk all of the time

Let me tell you a sad truth about your life; you’re not a pink fluffy unicorn.

If you were, everyone in the world would love talking to you for hours–whenever, wherever.

But you’re not. It sucks.

So, what now? You can either go through extensive plastic surgery and turn yourself into one, or you can accept one simple fact of life–not everyone wants to talk to you all of the time.

Sometimes, some people are…

Add to this list any other perfectly understandable reasons why they don’t want to talk with anyone, or maybe just not with you, at the moment.

It’s tempting to think you can hone your social skills to a point where you can connect with everyone, all the time.

Conversations are multiplayer activities. And if the other person doesn’t want to play, that’s probably not (only) because of you.

Don’t get overexcited and try to use all of these techniques all of the time. Start with one or two and practice them until they become automatic. Then move on to the next!

These techniques are just a tiny part of what we cover in 8 Weeks of Core Confidence, our video-based group coaching program, and the week-long Bootcamp here in Hollywood.

And now, my lovely non-unicorns, go out there and ROCK the conversation! 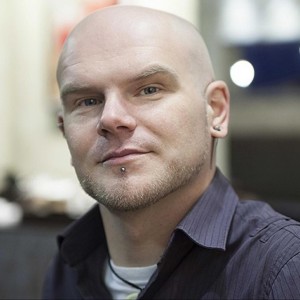