A drastic career transition may not be the change your life wants, but it might be just the change your life needs. Here are ten things to consider when deciding if such a change is right for you from Jenny Blake, author of Pivot: The Only Move That Matters Is Your Next One.
[Image by Benjamin Child]

Jenny Blake, our guest for episode 545 of the podcast, is unlike a lot of people you’ll find online who profess to help others — because she’s actually done what she helps other people do. I know — the audacity!

Jenny has the unique expertise to guide people who seek to pivot in their careers — and lives — because she’s done it herself a number of times in her own life; once she even made the hard choice to pivot away from her secure and lucrative job at Google because it was ultimately the right thing to do.

Here’s what we can learn from Jenny Blake:

1) Pivoting isn’t easy, even if you know it’s right.

Although Jenny knew she wanted to leave Google, it wasn’t an easy choice — far from it. Especially with the number of people who couldn’t believe she’d do something so “crazy.” So if you want to change careers — if you know you need to change careers — you’ll still feel some fear, some resistance, some doubt. That’s okay. If you don’t feel that stuff, you’re probably deceiving yourself in some way.

2) Pivoting is a mindset.

We seem to have expectations about how many times we’re allowed to change careers, or what kind of careers we can change to, or at what age it’s still okay to do something different. Why? What benefit does it have? Because one constant in life is that things will change, and they’ll change often, and they’ll change in ways we don’t necessarily like. So why not get better at changing? At dealing with change? Why not adopt the pivoting mindset? Because if we do, these changes will be less shocking, less jarring. To know that change is guaranteed, and to not actively try to get better at dealing with it — that’s crazy.

3) You will either pivot or get pivoted.

If a pivot is inevitable, wouldn’t you rather do it on your own terms?

4) Changes are usually for the best.

I know. How many times have you heard that changes are for the best? But of all the people interviewed for her book, not one person said that pivoting or changing had made their life worse. All of them said these pivots and changes had been for the best, and had worked out — if only eventually. Lots of people even said it was like their whole career had been preparing them for what they pivoted or changed toward.

It does seem like everyone is building themselves into some kind of brand these days, doesn’t it? But the good news is you don’t have to do that to be discoverable, to be noticed, to be sought after. To be discoverable, you have to give the world what you can give it in an authentic way. You have to add value to the conversation of which you want to be a part with your own voice.

6) Pivoting is not for everyone.

Just as pivoting is not for people who are happy doing what they’re doing, it’s absolutely not for “fearless” risk-takers who just want to quit their job and go all in. Pivoting is for people who are a little more pragmatic and a little more risk-averse. There’s always risk involved in pivoting, obviously, but Jenny is about helping you plan everything out — including worst case scenarios — so that you don’t have to take unnecessary risks.

7) If you don’t listen to your body, it’ll make you listen.

Jenny was working at Google and writing a book at the same time. Yeah. I know. Unsurprisingly, she kept burning herself out, and it manifested itself physically. She developed a thyroid problem and even experienced vertigo — warning signs best not ignored.

There’s also a kind of spiritual element to consider. Someone could work twelve hours a day doing something they love without burning out. But someone else could work eight hours — or less — doing something that’s not in line with who they are and feel too drained by the end of the day to do anything but sleep and unenthusiastically repeat it all again the next day. And so on.

There’s no set number of hours that will make you burn out. But if you insist on continuing to do things you don’t enjoy, your body will keep talking to you, and it will happen eventually.

8) If you’re indecisive, then put off the decision.

If you’re not up to making any big decisions at the moment, put the decision on hold. Not forever, obviously, but maybe for a week or two. Sometimes we can just overthink stuff to the point that we have no idea what to think any more. That’s when it’s time to give yourself some space. When we do this, we can become more objective about things as opposed to living in our emotions, and that’s only going to lead to better decisions.

9) There’s no point in trying to eliminate or ignore your fears and insecurities.

We can’t do away with our ingrained fears and insecurities — not totally. But we can take them as a sign when they start to go off. It means this change or pivot we’re trying to make is hard enough that it’s compelling to us. If it were easy, we’d either already be doing it, or we’d be bored.

10) The complexity of having to change careers more often is good and bad.

Changing careers probably isn’t going to be easy — so be prepared for a mixed bag of good and bad.

It’s bad because we have to learn a new skillset and become comfortable with something that can be very uncomfortable. That’s why Jenny wrote her book.

It’s good because it opens up an enormous amount of amazing opportunities — and because there will be people who either don’t want to learn this new skillset, or just refuse to do so, we’ll be the ones who can take advantage of these new opportunities.

What else you can hear on the full podcast here: 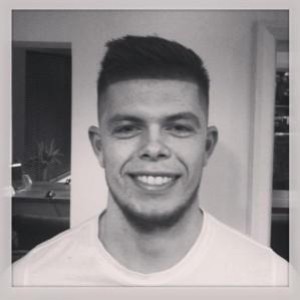 Matt Hearnden is a writer in the UK, and he publishes a new post every day over at matthearnden.com. He took voluntary redundancy from the corporate world a few months ago and is now pursuing his dream of writing full-time. More important, he has lots of tattoos and plays basketball.
View all posts by author

Matt Hearnden is a writer in the UK, and he publishes a new post every day over at matthearnden.com. He took voluntary redundancy from the corporate world a few months ago and is now pursuing his dream of writing full-time. More important, he has lots of tattoos and plays basketball.
View all posts by author