There are two things I don’t do often: On April 27th, 2014, punching my bed, throwing pillows across the room, and burying my head under the covers, I did both.

Liverpool FC, defying the imagination of every pundit and fan, had been on an incredible title run in the Barclay’s Premier League. It was the end of the season and the situation was simple: win the final three games and win the title. I woke up at six to watch them play a home match against Chelsea, expecting a win and a happy return to sweet slumber.

Instead, I spent the morning devastated. In a matter of about 10 seconds, Liverpool’s Steven Gerrard collected the ball in his own half, lost control, and slipped. Chelsea’s Demba Ba quickly recovered the ball, took off, and coolly scored a goal. For another excruciating hour, Liverpool battled, but to no avail.

Perhaps it was a form of denial that immediately kicked in. Or maybe it was just a rationalization. But as I thought about how much this game affected me, I went from battling a five-year addiction to the Premier League to asking one painful question:

I mean really — why was I so upset about this?

Not only did I have absolutely no control over the outcome, but there was also no reason that the outcome should have had any control over me. I knew what I had to do: cut obsessive sports watching. Apart from some occasional Soccernet relapses, I’ve been sports-free for nearly a year now.

Now, I know this is a sensitive topic. Some people are so tied to their teams that even the mere suggestion of caring less is like asking an Evangelist to denounce God. I get it — I’ve been there.

I also want to note that I’m not talking about the casual observer who catches a few games here and there. Everyone needs entertainment, and sports can be highly entertaining. I’m talking about my former self — the die-hard, stat-obsessed, my-life-revolves-around-this-stuff, angry-YouTube-comment-posting FANATIC.

Unless your career is directly tied to sports, or you are absolutely content with life and there’s not a single thing about you or the world you’ve ever dreamed of changing, then it’s at least worth cutting back. Why?

Because as I’ve grown more excited about my own life, I’ve come to realize a number of things about watching sports.

I have not done the research, but I think the average NFL game is 4 hours and the average baseball game is roughly an ice age. At around two hours, a premier league match isn’t much shorter.

I first began following football (“soccer,” for you Americans) in 2006, by mistake. Lounging in a bar in Cabo San Lucas, on spring break, my dad and I watched the 2005 Champions League final, revelling in the game a year after it took place. Liverpool came from three goals down to win in what is considered one of the best finals of all time.

I held my breath in suspense and cheered like a maniac, despite having done the sports equivalent of discovering Bruce Willis was dead in The Sixth Sense after it came out on DVD. The whole world, except me, already knew what happened.

When I got home, I was hooked on European football, Liverpool in particular. I obsessed in college and even afterwards. I spent dozens of hours watching Liverpool matches, Champions League matches, and even insignificant matches in other European leagues. If it was on, and there was at least one “good” team playing, it was just the easy thing to do for a quick fix.

In that time, I could have been writing or practicing the drums or exploring one of the many business ideas I had. In a college environment where you were encouraged and forgiven for taking risks, I essentially did a whole lot of nothing. It felt like “something” — watching a game, investing in the outcome — but in the end, the fact is that I have nothing to show for it.

I’m only now catching up to all the creative things in life I wish I devoted more to in the past [The War of Art]. Thinking about all the hours I gave up, I now wish I could have that time back.

Okay, okay, so paying for merchandise and tickets does fund a part of the team’s budget, and if you attend a game, your towel-waving and name-calling might be 1/30,000th of the reason your team is inspired to victory. The superstitious folks with lucky socks and designated couch seats might come after me with pitchforks for this, but the reality is —

You can make a bigger difference in the life of a Tomagatchi than the final score.

Yes, I know how exhilarating a live sporting event can be. If you offered to fly me to Anfield to see Liverpool play at home, don’t call me a hypocrite when I say, “Hell yeah.” In fact, I’ll never forget the Liverpool victory I caught in London against another team. But I can very soon forget so many other matches I watched behind my computer like a chump, when life was in front of me for the taking.

I know somebody will mention fantasy sports. Yes, signing up for a league can be a social activity, and you do make decisions with control, pride, and often money on the line. But here’s something else that’s a fantasy sport: World of Warcraft. That’s all I’ll say about that.

We can be integral to the outcome for so many other things. We can start businesses, blogs, or even (planned) families. We can paint, draw, write, or play music. There are experiences that allow — even inspire — that we not just be present, but actively involved.

I have found the things I do have control over in life, the projects and hobbies that create joy and satisfaction in my life and the lives of others. To me, having that power is a beautiful thing — far more rewarding than something I cannot possibly influence.

This was the painful conclusion I reached the day my dreams came tumbling down with Steven Gerrard’s legs. Because what exactly were these “dreams?” What if Liverpool did win? And went on to win the title? What then? What would I gain?

Before a game, we carve out precious time to watch. During the game, we sit through ads, worry about the score, and track the players’ stats. When its over, we read recaps and discuss the outcome for hours.

Just think about the total time and energy sunk into passively watching a form of entertainment. Are we following the sport — or is the sport following us?

Win or lose, I eventually realized that my day would go on. So would my life. The best I could ask for was a feeling of satisfaction for something I in no way personally accomplished. To me, bragging about being a true fan, or belittling other players and fans, represents a fundamental emptiness in our own lives.

Once you realize that even if you enjoy the experience, you aren’t truly in control of sports — that really, sports are controlling you — you can begin to appreciate how strange this obsession really is.

Especially when you remember that…

I still do love the beautiful game. More than watching it, though, I love playing.

I joined a co-ed league last year and look forward to ball hogging and stumbling over my Cristiano Ronaldo crossovers once a week. I’m involved, I have an impact, and it’s a positive force for my health, well-being, and social life. I scored one goal this season, off a miskick that rolled off my knee. It was a wonderful feeling — better than watching the 2005 Champions League final (in 2005).

In sports, there are spectators and there are participators. Personally, I now hate sitting on a couch captive to the whims of advertising and sports industries, which — let’s face it — are businesses. I value my time more than the cost of spending it behind a screen. The old adage is true: If you’re not paying for the product, you are the product.

So I spend my time doing now. I find that the fundamental shift from watcher to player is about more than just watching sports, which was really a symptom of a larger tendency to passively observe the world around me. I now find myself actively invested and involved in my own life, in a way I never have been before. Sports, while still enjoyable here and there, represent a totally different way of thinking about my time.

As for how to cut back, I’m not advocating going cold turkey. You don’t stop eating when you go on a diet — you simply eat less, and you eat better. But as you move through the new year, think about your resolutions and the “sacrifices” you might make in order for them to happen. If you’re anything like me, you’ll find that your time spent watching would be better spent creating. 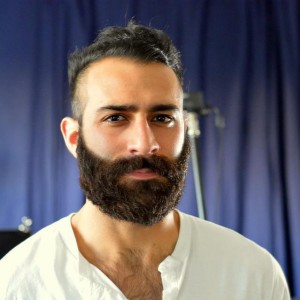